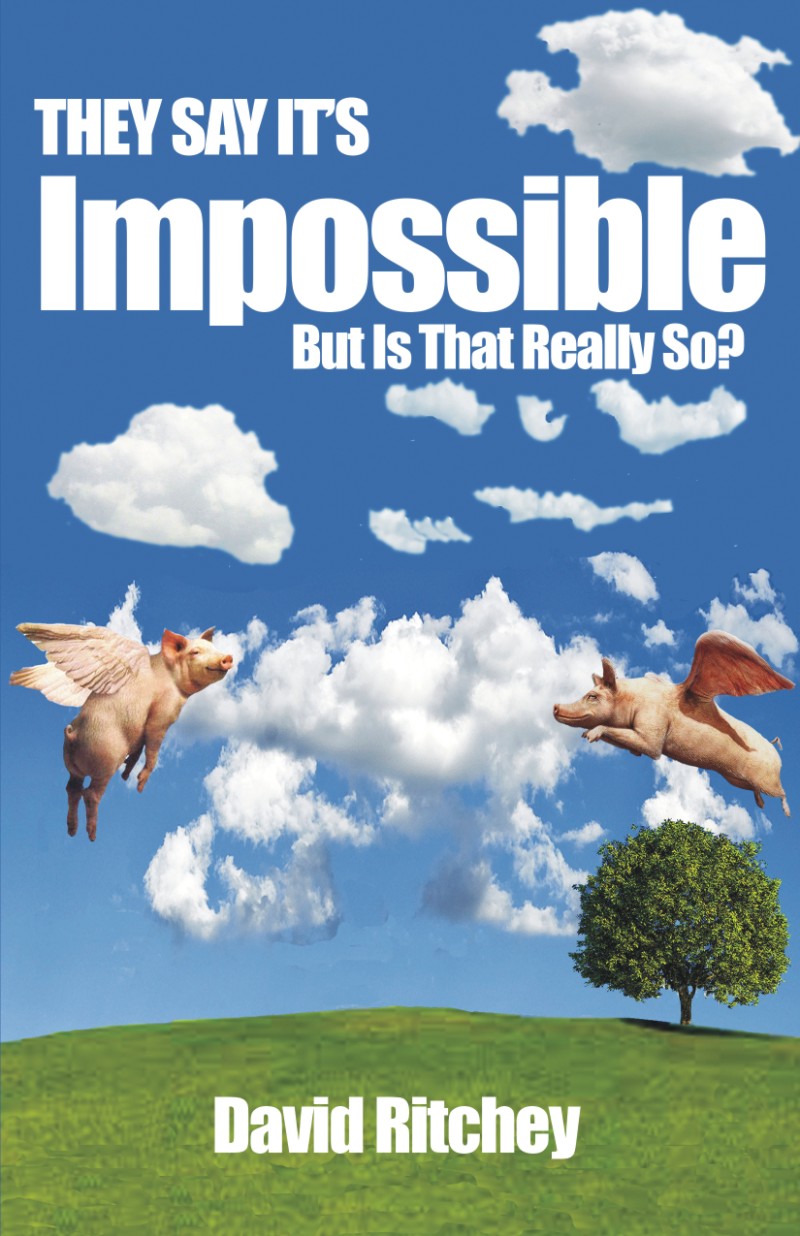 They Say It’s Impossible: But is That Really So?

Many of our great advances can be attributed to those who have ignored such consensuses, or, as Mark Twain put it, “They did not know it was impossible, so they did it.” David Ritchey explores great discoveries.

An old French proverb tells us, “To believe a thing impossible is to make it so.” “Impossible” being a state of mind, such beliefs have prevented, or at least significantly delayed, many potential accomplishments. Many of our great advances can be attributed to those who have ignored such consensuses, or, as Mark Twain put it, “They did not know it was impossible, so they did it.” Chapter 1 of this book looks at mistaken beliefs that were often held for several centuries simply because people did not believe that the correct alternative was possible.

Chapter 2 explores a number of possibilities, mostly in the scientific realm, where it was generally believed that something could not be accomplished, but somebody pushed forward anyway, and by doing so ultimately changed the lives of us all. Chapter 3 discusses things that are currently considered impossible and speculates about ways in which they might be proven to be otherwise.

Be the first to review “They Say It’s Impossible: But is That Really So?” Cancel reply