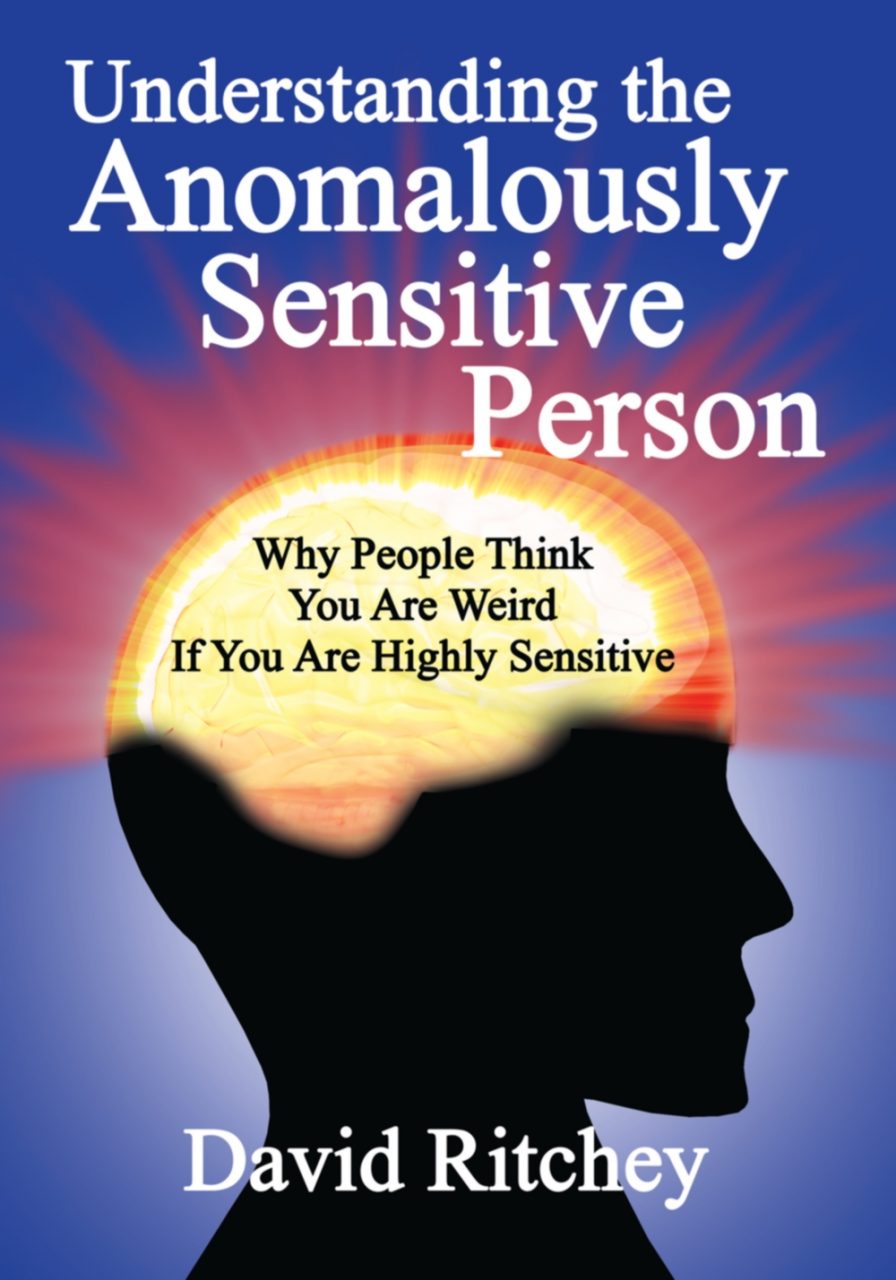 Are you… experienced? You or someone you know may be anomalously sensitive if you have experienced: deja vu, synchronicity, telepathy, precognition, psychic dreams, clairvoyance, healing, psychokinesis, contact with spirit guides, out-of-body experiences, past life recall, near-death experiences… or seen UFOs.

“Anomalously” means “unusually,” and anything or anyone who is “unusual” is “different.”  Human nature being what it is, those who are different are likely to be marginalized, and the use of the term “weird” serves the purposes of marginalization quite well.  Not only are Anomalously Sensitive Persons different in having heightened levels of sensitivities, they are also likely to be different in purely objective criteria — such things as hypopigmentation, Non-Right-Handedness, and having been born as one of a multiple birth.  Their differences are such, however, that once they have mastered the challenges of being different, they are positioned to move on to become modern day shamans who help others to understand, and to live within the framework of a life-enhancing world view that, in early times, was known as “wyrd.”

Are you... experienced? You or someone you know may be anomalously sensitive if you have experienced: deja vu, synchronicity, telepathy, precognition, psychic dreams, clairvoyance, healing, psychokinesis, contact with spirit guides, out-of-body experiences, past life recall, near-death experiences... or seen UFOs. Why do some people tend to experience these sorts of things, while others do not?

Hypnotherapist and psychotherapist David Ritchey became so fascinated by the accounts some clients shared with him who reported having had transpersonal (metaphysical) experiences that he studied these people who he refers to as Anomalously Sensitive Persons. "Understanding the Anomalously Sensitive Person" is important because, though only a minority of the population, these people have important gifts and abilities to share with society, and deserve to be better understood and appreciated, rather than merely dismissed as being "weird."

Psychologists examining such sensitives using traditional diagnostic guidebooks, such as the DSM, have often been confused when they've found these individuals are often diagnosable with eight or more simultaneous valid psychological and medical conditions! Clearly there is something more going on than traditional psychology has understood. Rather than pathologizing what appear to be a range of human experiences with a history going back thousands of years, Ritchey provides us with a delightful overview of systematic scientific research that helps us identify common traits of sensitive people.

I particularly enjoy the illustrations found throughout this meaty yet slim volume, and the way the book is organized into fascinating sections that stimulate contemplation and discussion. Highly recommended!