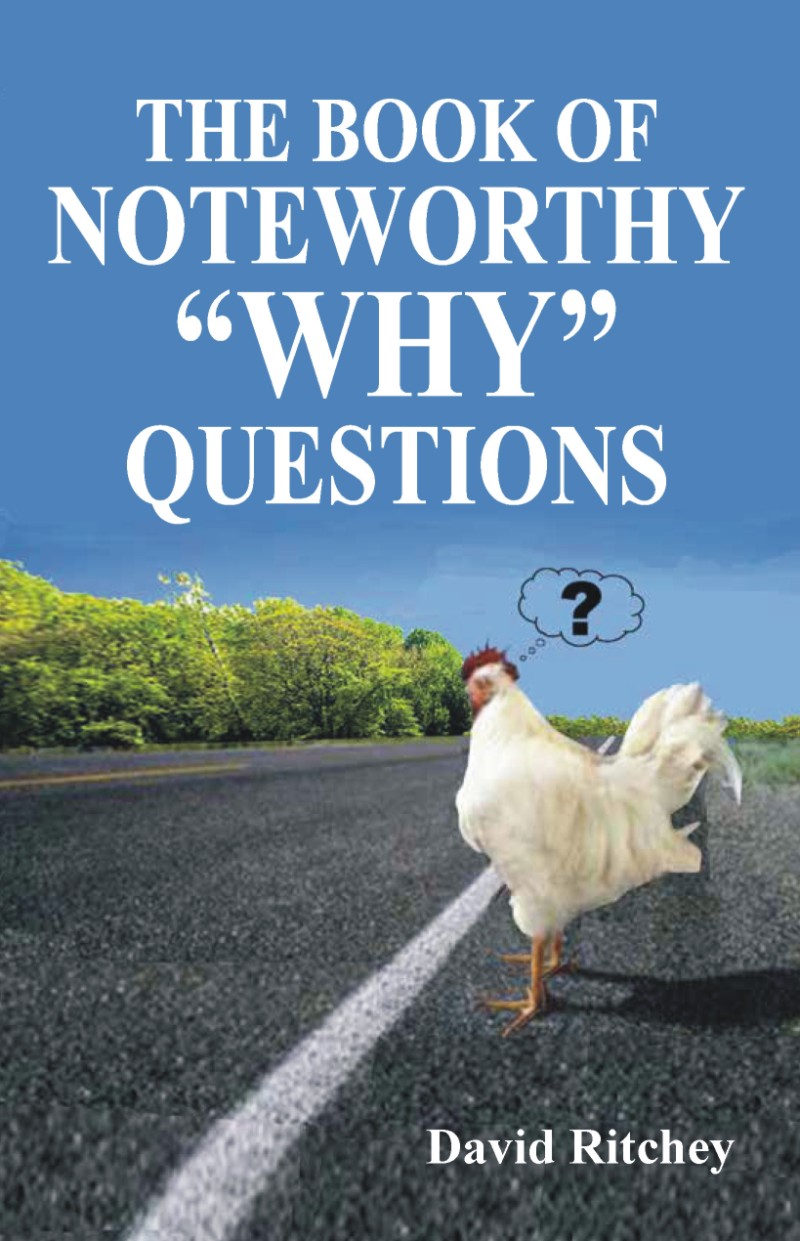 The Book of Noteworthy ‘Why’ Questions

Are you curious? David Ritchey brings you a book of some noteworthy “Why” questions you may have wondered about your whole life!

Different people have different levels of curiosity. Some people are generally curious (about anything and everything), some are personally curious (about things that pertain specifically to themselves), and some are incurious (just taking things as they come without thinking much about them). For people who are generally curious, it doesn’t matter whether or not the subject matter is directly relevant to them. They just like to learn for the sake of learning. They are inclined to be more interested in “why” and “how” questions than in “who,” “what,” “when” and “where” questions because the former lead to further questions whereas the latter usually just lead to a single datum of information. This book, which is comprised of general-interest “why” questions and their answers, is written primarily for those who are insatiably curious.

1 review for The Book of Noteworthy ‘Why’ Questions